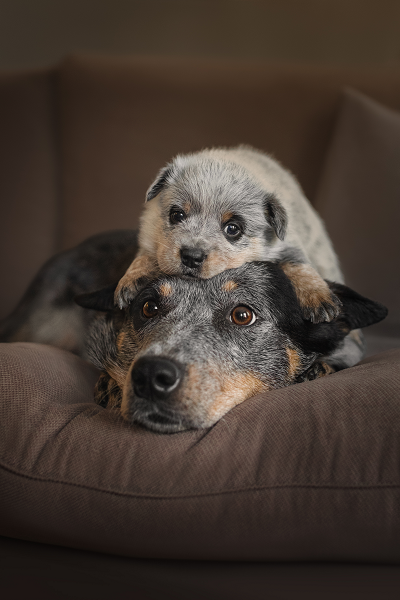 What is canine herpesvirus?

Canine herpesvirus or canine herpes is a systemic, often fatal disease of puppies caused by the canine herpes virus (CHV). CHV is seen most commonly in dogs, coyotes, and wolves in Asia and Europe.

CHV does not cause infection in humans. It may remain latent or hidden and quiet in tissues after a dog is infected and may be passed on to other dogs, particularly to fetuses developing in the mother's uterus. Stress or other illness may cause recurrence of illness in a dog that has previously been infected. The incubation period in puppies is four to six days, after which clinical signs develop or sudden death occurs.

What are the clinical signs of canine herpesvirus infection?

The most common clinical signs occur in puppies under four weeks of age. Puppies under four weeks of age have difficulty maintaining their own body temperature. Since the herpes virus depends on a cooler body temperature in order to replicate, puppies in this age bracket are more vulnerable to infection. Litter mortality rates are high with CHV. In puppies, clinical signs include difficulty breathing, thick nasal discharge, loss of appetite, grayish-yellow or green soft, odorless stools, persistent crying, seizures, and sudden death. Puppies that appear to be mildly affected often later develop neurological signs or blindness.

Most adult dogs have clinical signs that are nonspecific, including coughing and sneezing caused by upper respiratory infection, miscarriage, and lesions on the external genitalia. Infections affecting the eyes can cause squinting, recurrent ocular (eye) discharge, conjunctivitis, and corneal ulcers.

How does a dog become infected with CHV?

Young females and their puppies are at the greatest risk. Direct contact between infected and non-infected dogs causes transmission of the virus. Since the virus is widespread, the risk of infection is relatively high. Closed breeding kennels that experience a sudden increase in miscarriages should test for CHV.

How is canine herpesvirus diagnosed?

Diagnosis is usually based on clinical signs in affected dogs. The diagnosis can be confirmed by performing a post-mortem examination of tissues from stillborn puppies or puppies that die suddenly. In some cases, two blood samples can be collected two weeks apart showing a rise in immunity (antibody count) to the virus. PCR testing for the virus is also available.

It is important to differentiate CHV from other diseases that cause similar clinical signs. These diseases include brucellosis or toxoplasmosis (both potentially infectious to humans), bacterial infections in the mother or puppies (including mastitis or breast infection), canine parvovirus type 1, canine distemper, and canine adenovirus type 1 (canine hepatitis). Puppies that die suddenly should have a post-mortem examination to diagnose the specific cause of death.

"It is important to differentiate CHV from other diseases that cause similar clinical signs."

What is the treatment and prognosis for canine herpesvirus?

Treatment is usually unsuccessful and most infected puppies die before medical help can be sought. Antiviral drug therapy with acyclovir (Zovirax®) may be useful. Immune sera from recovered females (i.e., blood containing antibodies) may be beneficial in reducing puppy deaths if it is administered before the onset of illness.

Treatments for CHV eye infections include controlling secondary bacterial infections and pain with topical antibiotics and pain relievers. Antiviral eye drops such as idoxuridine (Dendrid®, Herplex®) and trifluridine (Viroptic®) can be used as well.

How can CHV be prevented?

The disease may be prevented by avoiding contact with infected dogs. This is particularly important for pregnant females. A general rule of thumb is to isolate any pregnant dog from other dogs for the last three weeks of pregnancy and the first three weeks following the birth of the puppies. There is currently no vaccine available in the United States or Canada. In Europe, a vaccine is available and has been shown to reduce puppy death from CHV. Good hygiene has been proven to dramatically reduce deaths in puppies.

Adult dogs that are infected often have a short duration of clinical signs and recover without medical intervention. However, these adult dogs often develop latent infections (or become carriers) and may periodically shed and spread the virus throughout their lives. CHV is most dangerous to young and developing puppies. In these cases, death is unfortunately the most common outcome.

© Copyright 2022 LifeLearn Inc. Used and/or modified with permission under license. 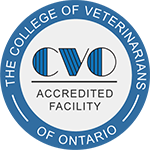